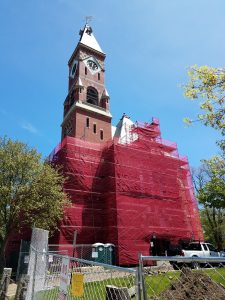 Abbot Hall renovations will be on-going for most of 2019. While the building will remain open during normal Town business hours, it will not be open for tourists and visitors on Friday afternoons or the weekends during the summer. Artwork and displays have been impacted by renovation work. Most art has been removed from the Selectmen’s Room and the Spirit of 76 will be covered at some point during the renovations. The Maritime Museum will close from 9/30/2019 until Spring 2020. Good News! The Gift Shop is remaining open and ready to supply your Marblehead related books and items!

In addition to town offices for the Selectmen, the Town clerk and the Historical Commission, the building contains the highly popular Spirit of 76 painting, the original 1684 Town Deed, a Maritime Museum, Sign Museum, numerous displays and artwork related to the Town, and a Gift Shop.

It is open year-round, including weekends during the tourist season – Memorial Day through Columbus Day. (Abbot Hall open hours ) 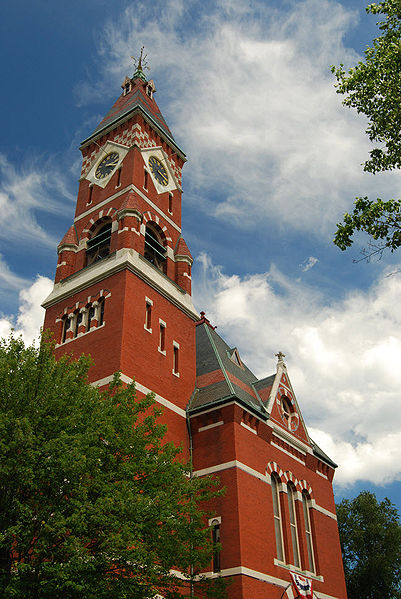 In 1872, Marblehead native Benjamin Abbot passed away, bequeathing $103,000 to the Town. His will stated that “…it is my desire that a building shall be erected for the benefit of the inhabitants of said town; but I do not intend to limit the use of the legacy to that purpose or to impose conditions which would prevent the use of it for such other general objects as the citizens of said town may determine upon in their discretion.” After considerable controversy, in May of 1875 Town Meeting voted to “erect a public building of brick with stone trimmings, to be designated as Abbot Hall, of such dimensions as will secure an audience hall that will seat at least twelve hundred persons; a hall for a public library and reading room”, a fire proof vault for the storage and security of the records, and rooms for the use of the various boards of town officers. It was voted to place the building on the Town Common on Washington Street. A subsequent Town Meeting in December, 1875, voted to appropriate $75,000 from Benjamin Abbot’s bequest to erect the building.

The building was designed by the Boston architectural firm of Lord and Fuller. Construction of Abbot Hall began in the spring of 1876 and was completed at the end of 1877. A dedication ceremony was held on Dec. 12, 1877. The bell and clock for the tower were donated by James J. H. Gregory, well-known Marblehead seed merchant. A number of pieces of art were also donated to be hung in the building. Abbot Public Library opened in the spring of 1878, located in the present-day Selectmen’s Room and several other rooms in the building.

Because of its large auditorium, the building has been used for town meetings and other public meetings, public performances and events. 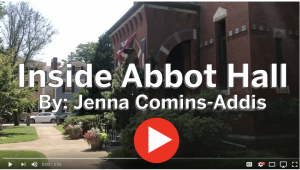