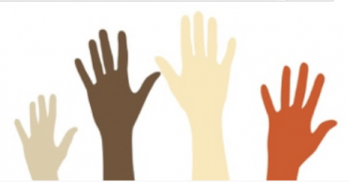 Links to videos on Black heritage in Marblehead have been added to the Resources page in the Research section of the website.  “The Inclusive History Project: Black Heritage in Marblehead” comprises a series of short video clips produced by the Marblehead Racial Justice Team (MRJT).   MRJT has a goal to increase awareness about people of color, and the videos give MRJT’s take on individuals and events during several periods in Marblehead’s history. 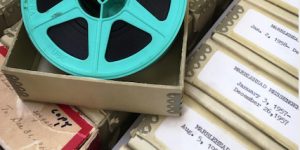 The Abbot Public Library has digitized more than 140 years of the Marblehead Reporter/Messenger – a great resource for Marblehead historians and genealogists!  Read all about it here: https://marblehead.wickedlocal.com/news/20190723/abbot-public-library-digitizes-marblehead-reportermessenger 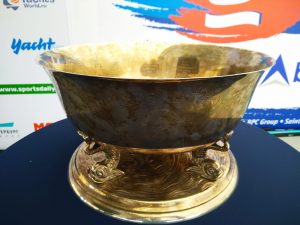 Marblehead Trophy – racing was initiated in 1929 as part of Marblehead’s Tercentennial celebration, to be awarded to the best international sailor’s yacht club. The Trophy’s purpose was to promote Marblehead as the “Yachting Capital of the World”.

2019 is the 90th anniversary of the yachting world’s historic Marblehead Trophy. This trophy was established by the Marblehead Selectmen in 1929 in

honorof the 300th anniversary of Marblehead’s settlement. It was raced for in the International Race Week racing that year in Marblehead, could only be won by an international yacht club in the first year, and is a perpetual trophy for sailboat racing. It was intended that over the years, the Trophy would keep Marblehead’s name as Yachting Capital of the World in front of an international audience.

In 1929, the trophy was raced for in 30 Square Meter yachts, and won by the Royal Swedish Yacht Club, represented by Erik Lundberg in his yacht Bachhant. Since that time, there has been occasional awareness in Marblehead of racing for the trophy, with only a few articles in the Marblehead Messenger or the Boston Globe over the years. 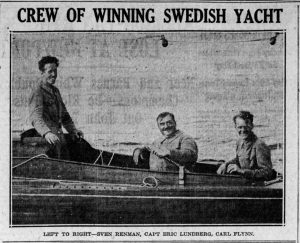 1929 Marblehead Trophy winner, Erik Lundberg and his crew in their yacht Bachhant

That all changed in 2018, when Marbleheader Bruce Dyson went to Denmark to race for the Marblehead Trophy. The Trophy was raced for in Dragon Class boats, and won by the Yacht Club de Cannes (France), raced for by Anatoly Loginov. Although unsuccessful in returning it home, Dyson’s trip did reawaken awareness of the Trophy and an interest in finding out where the Trophy has been all these years.

This year, the 90th anniversary racing for the Trophy was held by the St. Petersburg Yacht Club (Russia), which held the event in conjunction with the Yacht Club de Cannes in late July. With assistance from the St. Petersburg Yacht Club organizing committee and especially the head of their Media Center, Andrey Petrov, much more of the Trophy’s history is now known. The means to do this was quite simple. Most years, the name of the winning yacht club, skipper and yacht were engraved on the Trophy – a massive solid silver bowl created by Daniel Low Co. of Salem. Petrov painstakingly photographed each engraving and also copied down the engraving text, summarizing them on a spreadsheet. The Trophy has no engravings for 24 years, and 3 years when the Trophy was known to not have been given out. While there is more to be learned, we now have a much better handle on where the Marblehead Trophy has been and which country and yacht clubs won it. 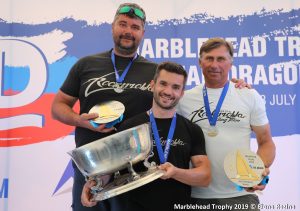 2019 Marblehead Trophy racing was in Dragon Class boats run by the St. Petersburg Yacht Club (Russia), in conjunction with the Yacht Club de Cannes (France). The winners are shown in this photo. In center is skipper Dmitry Samokhin, along with his crew members.

Sweden dominated Trophy wins until 1950, winning every trophy racing for which there are engravings on the bowl (16 times). After this, the Trophy was won by German (13 times), Italian (9 times), Greek (2 times), Danish (13 times), and French (once) yacht clubs.

This year, the Marblehead Trophy was won by “Yacht Harbour “Hercules” of St. Petersburg, Russia, represented by Dmitry Samokhin, sailed once again in a fleet of 22 Dragon Class boats. The Race Committee was able to get off 5 races over a span of 3 days, with the final outcome not known until the finish of the final race. As a result of Samokhin’s victory, next year’s racing for the Marblehead Trophy will also be in St. Petersburg, Russia. 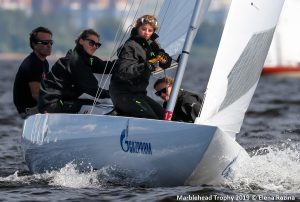 The second place boat in the 2019 Marblehead Trophy racing was skippered by Pedro Andrade of Portugal, sailing for the Yacht Club Nautico de Tavira, with an all-female crew.

The fact that racing for the Marblehead Trophy is still going on after 90 years is remarkable, and has, indeed, helped keep Marblehead’s name as a yachting center on the world stage.

Click here to see a video about the 2019 Marblehead Trophy racing. 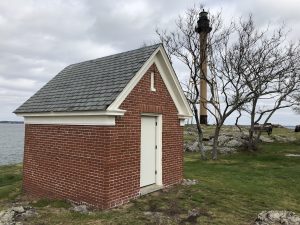